Maybe I should title that “Number 2”, as in the secret bathroom code developed by our ancestors before they were even walking without the aid of their knuckles. Yep, nothing that has even the slightest link to poop will escape a boy. Crap and crapping is considered highbrow art in the world of the male child. They set up miniature think-tanks under the monkey bars at school to hold summits about how many ways they can talk about it . If you want to get the attention of a boy under the age of 15 simply work in the word poop, crap, pooh, poo-poo, dookie (how they hell do you even spell that), or whatever else they call it into a conversation.

Let’s say you’re  begging them to clean their room. All they hear is blah…blah…BLAH…BLAH…sound of muffled sobs…blah…blah… sound of wine bottle being opened…blah blah. But if you slip “pile of stinky poop” in right before you get to the important stuff, you’ll have their attention.

I’m not sure why I’ve started this off with a discussion on poop. I guarantee that my ADD is involved since it saw “part deux” and chased it down a shiny bunny trail, but it could also have to do with the fact that our house that normally contains 3 functioning bathrooms is currently down to one–mine. There was apparently a leak going on under my boys’ upstairs toilet (a bathroom that’s odor reminds you of a primate house on a scorching summer day) for some time. We didn’t realize it until we found a puddle in the bathroom below it and the paint peeling in there and the living room. Anyway, the floors are torn out and that leaves 4–FOUR people with male genitalia using my bathroom. Insurance doesn’t understand that some people’s safety could greatly depend on how fast they get that check cut. 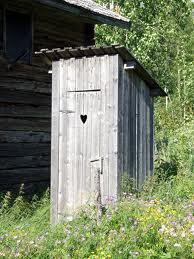 Just how upset would our HOA be if I built this in the yard?

But enough about poop and bathrooms, let’s get to some more photographic evidence of what living with boys looks like.

When you’re a mom of boys your son will decide… 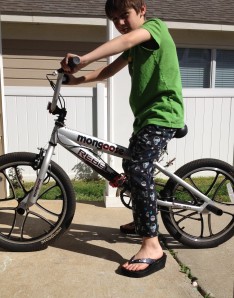 Who can resist a sparkly wedge that gives your calves some extra lift?

…. that your sequined flip-flops are ideal for a leisurely spin on his bike. 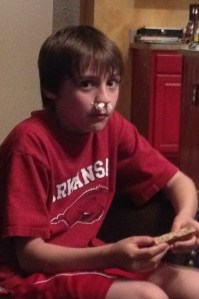 “This tastes a little salty.”

…will not keep them from enjoying a fine PBJ.

When you’re a mom of boys one of them will eventually beg to make pancakes by himself, and because your drinking (3 boys, remember?), you’ll agree. If it’s your artistic child he’ll make a doughy replica of a minature weenie dog… 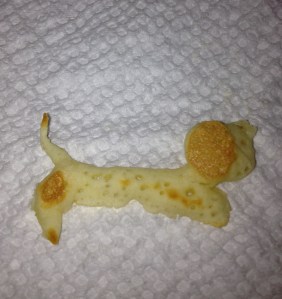 …but he’ll also make something else in the “weenie” family… 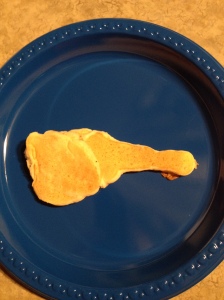 He’ll then try to convince you it’s an elephant, but you will not be fooled because you’ve never seen him think an elephant was so freaking funny. 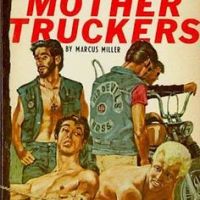 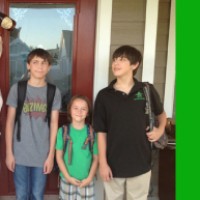 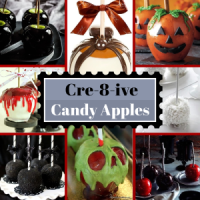 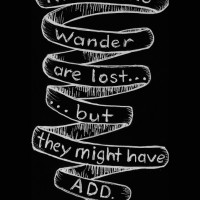 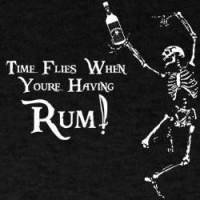 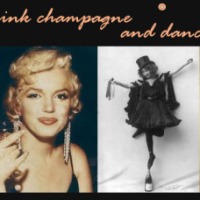